Where to eat in Leamington Spa this spring

When it comes to going out to eat, Leamington Spa will spoil you for choice. The town has a whole array of great restaurants, bars, cafes and pubs, with some making their home here for years – even decades. But even if you’ve visited the food-focused Spa town before, or maybe you live in Leamington, you don’t have to worry about running out of places to eat, with new restaurants opening all the time.

In the past few months there has been a flurry of new places to eat in Leamington, no matter what cuisine you fancy. From brunch or a coffee stop to steak, an Italian feast, or a trip to India or South America via a Leamington restaurant.

We’ve rounded up some of the newer restaurants in Leamington Spa for you to check out, as well as some that you might have missed before. So whether you’re looking for where to eat lunch in Leamington Spa or a dinner restaurant in Leamington, take a look or try our exhaustive directory of Leamington town centre food and drink businesses. You really are spoiled for choice!

Brand new to Leamington is Middletons steakhouse – a casual steakhouse and grill serving up prime cuts, burgers, fish and delicious desserts, plus a wide range of wines and cocktails. So if you’re looking for a steak restaurant in Leamington Spa, head to Regent Court to find one of Leamington’s newest additions.

Leamington also has its very own restaurant offering authentic barbecued meat. Smowkhaus, which serves up everything from brisket to burgers, as well as hot dogs, chicken wings and filthy fries, opened its doors in February 2022 and is already proving a hit. Just over the road on Warwick Street is another new addition, Waf Waf Waffle, whose name says it all, serving up waffles, waffle sticks, waffle bowls and pancakes too.

New doesn’t have to mean somewhere opened in the last five minutes – it could be new to you, and Leamington has plenty of relatively recent additions that you might not have tried yet.

Other recent arrivals include Bodega Cantina, a South American inspired neighbourhood cantina and cocktail bar, serving everything from street food to both smaller and larger plates as well as dedicated vegan and kids menus. Another newer addition to Leamington is popular small chain Boston Tea Party which serves breakfast and brunch all day, including a great range of plant-based options.

If you’re looking to eat some Indian food in Leamington Spa, try newer addition Dwarakamai on Augusta Place, where you’ll find a wide variety prepared with care. If you want to have a taste of a broad range of Asian-style food, head to Kung Fu, a modern Asian buffet styled restaurant, including options of Chinese, Japanese, Malaysian, Teppanyaki and Dim Sum cuisine.

Another place for a special meal in Leamington Spa is Villa Capri, which has wowed locals and visitors since it opened. Inspired by the beautiful island of Capri on Italy’s Amalfi coast, it serves classic Italian cuisine in beautiful surroundings and is another great Italian restaurant in Leamington.

If you’re looking for street food in Leamington Spa in a unique setting, head to The Neighbourhood. This dedicated food court offers a range of traders all under one roof, as well as great coffee, beer on tap and an event space.

On Leamington’s famous Parade, you’ll find House with its stand-out upstairs garden, serving food as well as great cocktails, as well as popular chains Bill’s and Bar + Block steakhouse. And for people looking for a dessert cafe in Leamington, get yourself to Gallone’s dessert parlour for a sweet treat.

Regent Street in Leamington also has plenty to choose from, including The Dice Box board game cafe, popular pub The Royal Pug, and a whole range of different cuisine from Thai to Indian and plenty of coffee stops along the way. And if it’s coffee, cakes and savoury treats that you fancy, head to The Larder, a recent arrival at Leamington Library Royal Pump Rooms Parade

All these are just the start  – whatever you want to eat in Leamington Spa, there will be something for you. You just might not have tried it yet!

This ‘Welcome Back’ blog is part funded by the European Regional Development Fund: 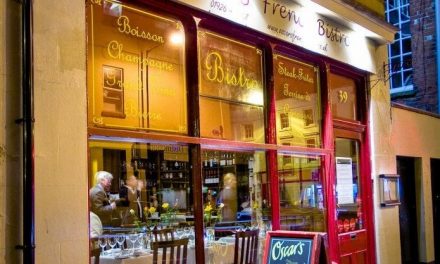 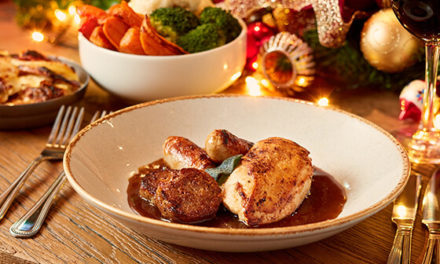 Places to eat this Christmas in Leamington!